Mike Trim in Filmfax, Part 3 - War of the Worlds. Uuuullllaaaa! 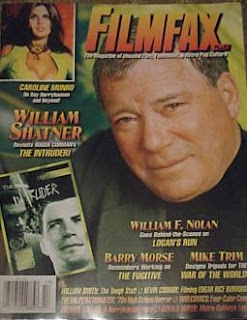 The final part of The Future was FAB: The Art of Mike Trim appears in Filmfax issue 117, in stores now. Look for the Shat on the cover! Thanks to Mike Stein and James Wilson at Filmfax for serializing the book, and thanks to all of you who've been buying the magazine and book and enjoying them!

I'll be signing copies of The Future was FAB: The Art of Mike Trim at Wrath of Con in Panama City, Florida, May 30 - June 1. Here's the website for more info:
http://www.wrathofcon.org/
Hope to see you there!
Anthony Taylor
Posted by A. Taylor at 10:32 PM No comments: 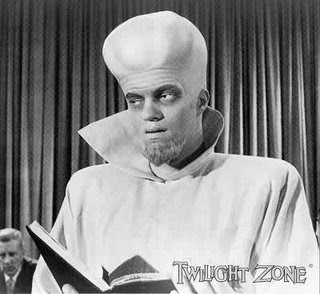 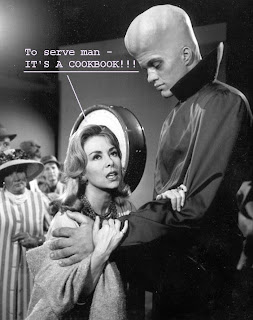 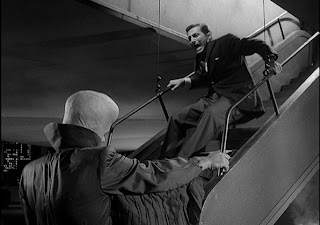 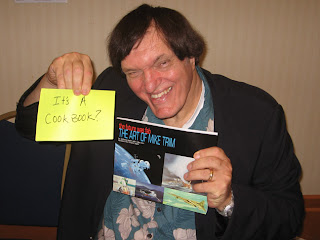 As always, click to enlarge the photos as needed.
Wow, he really makes the book look small! Thanks Richard, and thanks to all who stopped by to talk or buy a copy of the book at Omega Con. Hope to see you there again next year!
Posted by A. Taylor at 11:16 PM No comments:

"At all costs, save the World President!"

Yikes, sorry it's taken me so long to update the blog. Hope everyone had wonderful holidays and has fully recovered by now! 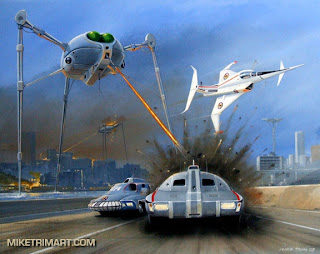 This is an image that Mike's named "At all costs, save the World President!" Combining some of the vehicles Mike's most well known for designing, it's a commission piece for James Fielding, based on an earlier painting for another client. James saw the original on display at the Fanderson Sector 25 convention in October 2006 and fell in love with it. Who wouldn't?
Posted by A. Taylor at 12:45 AM 1 comment: