Mike appeared at the recent TV21 convention in Bristol, as a guest of Fanderson who organized the event. Aside from bringing the remaining original art he created for the Anderson shows (which is for sale, see the main website), Mike spoke about his time with AP Films and Century 21 Productions and sketched at his table for fans. 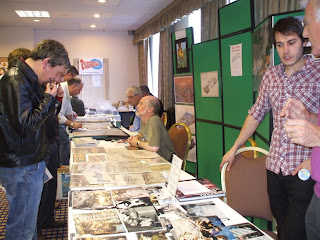 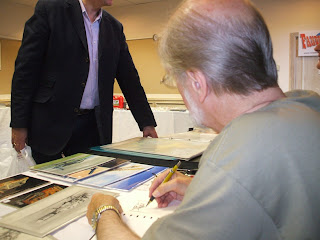 Mike sketches his War Machine from Jeff Wayne's Musical Version of The War of the Worlds™ for a fan. 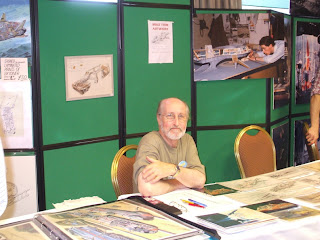 Mike at his table, surrounded by some of the amazing art he was able to save from his days working on Thunderbirds, Captain Scarlet, Joe 90, The Secret Service, and UFO. 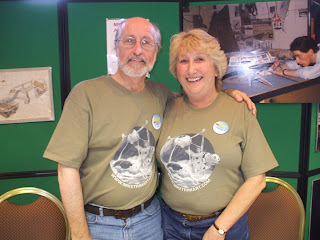 Mike and his wife Linda, enjoying the weekend.
If you'd like Mike Trim to appear at your convention or event, please drop a note to ltrim@hotmail.co.uk.

Email ThisBlogThis!Share to TwitterShare to FacebookShare to Pinterest
Labels: Fanderson, Mike Trim, The Future was FAB, The War of the Worlds
Newer Posts Older Posts Home
Subscribe to: Posts (Atom)